Start a Wiki
Welcome to the Zhongji 終極 Wikia
This wiki is a chain of Taiwanese television series that anyone can edit.

Notice:
This page is low on population. It would be helpful if "you" would help spread the word throughout the globe. If you have any sort of helpful information, feel free to edit on the pages.
Warning:
This wikia does not accept vandalism, fake information or information that comes from unidentified sources. Please follow the instructions. 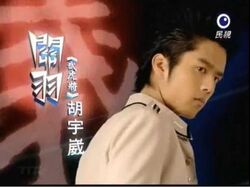 關雲長) is straight-headed, righteous and loyal. He is known for fighting around the world of martial artists alongside his best friend, Zhang Fei, whom he has attended twenty-four schools with (only because they always got kicked out for starting fights). Eventually, he lands a place in Dong Han Academy (東漢書院) with help from his sworn brother, Liu Bei.

When he makes a promise, he will be sure to fulfill it. Because of his honesty, he is sometimes taken advantage by his enemies. And because of that, his friends are often forced to lie to him, which leads to unpredicted consequences.

He can easily learn an opponent’s moves and find his weakness. Because of that, he is known as one of the strongest martial artists in history.

In the 15th round, he demonstrates a new attack called Xing Tian Po (行天破); an attack inherited from his family kung fu. It allows him to offensive raw energy at his opponents. 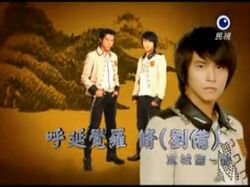 To write a new article, just enter the article title in the box below.

Not sure where to start?

Retrieved from "https://zhongji.fandom.com/wiki/Main_Page?oldid=19196"
Community content is available under CC-BY-SA unless otherwise noted.